In response to COVID-19 concerns, you may see some changes when it is time for your next appointment as we are taking extra precautions due to COVID-19. We made these changes to help protect our patients and staff.

Would you like to switch to the accessible version of this site?

Don't need the accessible version of this site?

He completed his specialty degree in Periodontology at the University of Rochester's world-renowned Eastman Dental Center in New York in 2002, and completed a two-year residency in advanced education in general dentistry (AEGD) and general practice residency (GPR) as well.

While at Case Western Reserve University, he was an Assistant Professor in the Department of Periodontics and he taught to residents and dental students for five years. He was also Clinic Director of the residency in Periodontics, and directed courses in Implantology, Sedation, and Surgical Periodontics. Additionally, Dr. Arauz was a staff periodontist and consultant in periodontology and dental implants at the Department of Dentistry of the world-renowned Cleveland Clinic, and practiced periodontics and dental implantology in private offices located in Westlake, Lyndhurst and Mentor, Ohio.

Dr. Arauz has been in practice in this area since December 2007. And, moving to the beautiful Eastern Carolina area has been a "dream come true" for him and his family.

The dental practice of Dr. Jose Arauz is limited to Periodontics, Robotic Dental Implants, and Oral Medicine. He is fluent and proficient in English, Spanish and Portuguese.

Kerestin is a Certified Dental Assistant who graduated from Coastal Carolina Community College in 2014. After graduating she spent 3 years working in general dentistry and had always had the interest and ambition to work in the periodontal specialty. She joined Dr. Arauz's team September of 2018. Kerestin was born and raised in central Illinois. In her spare time she enjoys reading and spending time with her husband and daughter.

Laura was born and raised on Long Island, New York. She obtained her Associates Degree in business from Briarcliffe College in New York. After graduation she worked in mortgage banking for ten years. She moved to North Carolina in 2009 with family. Laura began to work with Dr. Arauz in December of 2016. Laura enjoys spending time with her family.

Jill is a registered Dental Hygienist who graduated from Coastal Carolina Community College in 2006. She is a local girl from Richlands, NC. She has one son, who she spends all her spare time with. She loves the beach, outdoors, playing sports, and spending time with family

Cece is one of our Registered Dental Hygienist who graduated from the Dental Hygiene program at Wayne Community College in 2020. In her free time, she enjoys spending time outdoors with her family and dogs. Her hobbies are riding horses, taking pictures, cooking and smiling!

Margie is a committed bilingual Scheduling Coordinator with a history of providing exceptional patient care. Experienced in managing all facets of front office administration. She obtained her Associate’s Degree from Miller Mott College in 2015 and has worked in the Healthcare field for over six years. Her family plays a big part in her life and she loves to spend time with them. In her spare time, she enjoys working on her art work and making hand-crafted jewelry.

Katie in the past worked as the lead assistant for Dr. Arauz for almost 5 years. She then moved to Colorado and worked for an Oral Surgeon as an assistant. Katie then moved back from Colorado and is happy to be a part of Dr. Arauz's team again. Katie has a 2 year old daughter and loves spending time outdoors with her daughter and her dog.

Nicole has been a Dental Assistant since 2011. She has wanted to be an Assistant since she was 6 years old! Nicole is from California and has recently moved to North Carolina with her husband and children. She previously worked for a Periodontist in California and has also worked in General Dentistry. During her free time, Nicole enjoys spending time with her family, shopping, and decorating her home.

Sam is from the area of Wilkesboro, North Carolina. She recently graduated from Lake Norman Dental Assisting School in July of 2020. In her free time, Sam enjoys shopping, hunting, and fishing. Sam also enjoys going to the beach, however, the mountains are her favorite!

Jenn graduated from the Red Cross Dental Program in 2017. She is originally from New Jersey but has been in NC for 8 years. She spends her time with her husband and three daughters. Jenn enjoys collecting her indoor plants and having a good conversation drinking wine with her best friends.

Janet started working with Dr. Arauz April of 2018. She was born and raised in North Carolina and has been blessed with three beautiful daughters and one handsome son. She enjoys spending time with her family and friends. She also enjoys working on her talk radio show 2 to 3 with Janet Leigh.

Anastasia has been working with Dr. Arauz and his team since 2015. Anastasia is responsible for bookkeeping, accounting and various other duties within the office. She grew up in Clearwater, Florida and moved to Jacksonville in 2012. She was a school counselor for 9 years and has always enjoyed working with children and families. She is married to Dr. Arauz and enjoys spending time with their family.

Ashleigh was born and raised in South Carolina. She has experience in military administration and office administration for a Prosthetic and Orthotic company. In September 2020, she moved to Richlands, NC with her family and joined Dr. Arauz and his team as the Insurance Coordinator. She loves crafting and spending time outdoors with her husband and daughter.

Alivia graduated from Liberty University in 2021 with a BS in Business Administration/ Healthcare Management. She is originally from Pennsylvania and has recently moved here to North Carolina with her husband and puppy. She enjoys spending time in the mountains hiking, being crafty, and spending time with friends and family.

Jackie graduated from the Dental Assistant program at Coastal Carolina Community College back in 2000 and has been in the dental field since. Jackie is a military brat who was born at Camp Pendleton, CA though found home in Richlands, NC. She has two beautiful daughters who keep her busy with school activities such as National Beta, school cheer, soccer, and competitive cheer. She also a son and two wonderful stepsons. Jackie has been blessed with three beautiful grandchildren so far. Jackie enjoys sneaking in trips to the mountains of West Virginia, which is her heaven on earth, or even a trip to Myrtle Beach which is normally due to her children's cheer. In her spare time, she can be found at Beta Competitions, cheer events or practice and spending time with family and friends. 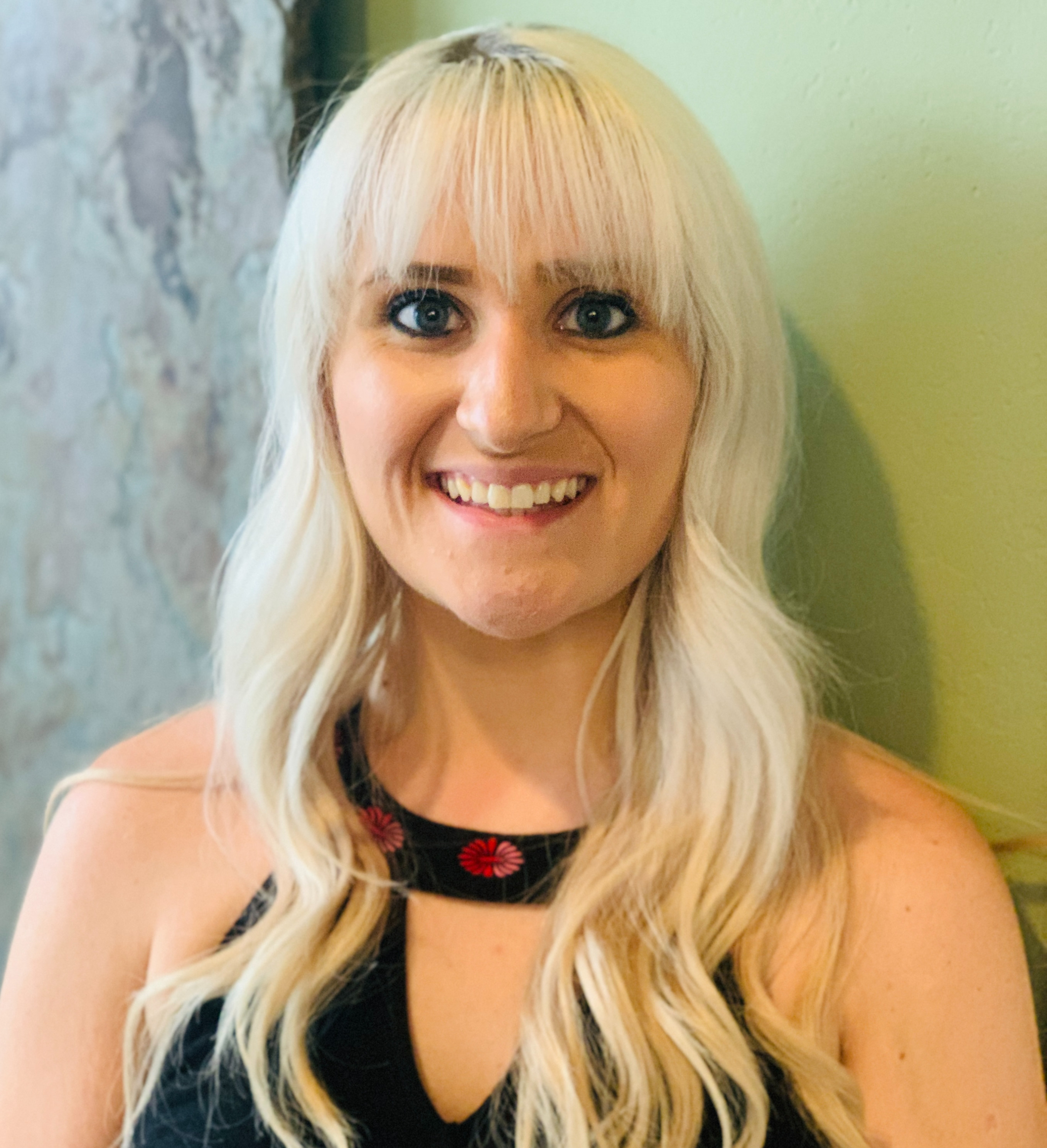 Kayla works as the marketing specialist and study club coordinator in the practice. She was born and raised in North Carolina and attended ECU. She has a B.S. in Communication with a focus in Public Relations. Kayla worked as a leasing manager for four years before joining our staff in June of 2021. She thoroughly enjoys reading, anything Halloween-related, and slinging wax with Scentsy.

Find us on the map